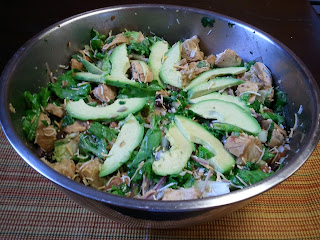 I have to confess right up front that I have never been a televised football fan, even though I grew up in a family with three football fan brothers. I love the Tour de France and actually got a chance to watch some of the USA Pro Cycling Challenge live in Colorado, but football, well, I don't know.

Like the estimated 111 million viewers, though, I have watched my share of Super Bowls. My greatest association with the Super Bowl is when it was played twice right next door to my dorm in the Tulane Stadium (since torn down) while Tom and I were undergraduates. It was the only event that even comes close to Mardi Gras for which I have seen so many revelers in one place. I particularly remember Super Bowl VI, being awakened EARLY on a Sunday morning with the sounds of hoards of people streaming through Tulane’s campus already in a party state.

The best thing about Super Bowl Sunday is that there is something for everyone. Aside from the sports competition, there is entertainment and entertainingly outrageous commercials. It is a time for people to gather, and food-wise, it is the second largest day for food consumption in the US after Thanksgiving.

At Against The Grain, we’ve been developing and tasting scrumptious gluten free Super Bowl foods. This year, we decided to focus on baguettes. Yesterday, Ruth prepared “Fiesta Panzanella,” a Southwestern take on the traditionally Italian salad of bread and tomatoes, and we sampled it throughout the day. We’re in Vermont, after all, where spicy sounds really good on a freeze-dried day. Besides, real tomatoes are scarce, and after reading Barry Estabrook’s Tomatoland: How Modern Industrial Agriculture Destroyed Our Most Alluring Fruit (a must read,) I’m pretty suspicious of grocery store winter tomatoes.

Toss all ingredients, except avocados, together. Slice avocados and arrange on top. Optional add-ins are limited only by your imagination, but how about: chicken, olives, peppers (bell or jalapeno? This salad can be prepared a few hours ahead of time. Unlike other salads, this one improves with time as the yummy baguette soaks up the seasonings.

* Note: To make this a gluten free and dairy free dish, you can substitute Vermont Country Rolls for the bread and omit the Mexican cheese blend.

This is a recipe for all of you out there, like me, who need to avoid corn but have been missing nachos. With all the ingredients of nachos, held together with a “U” of crusty baguette, this is a messy but very satisfying gluten free appetizer that everyone will enjoy.

Bake the baguettes directly on the rack at 375 degrees for 15 minutes. The crust of the baguettes will crisp up and the dip layers will warm up.

Remove the baguettes, top with the shredded cheddar cheese, and return to the oven until the cheese is bubbly. To serve, spread sour cream on the top and dot with sliced black olives (Optionally, you could used chopped scallions, chives, or cilantro.) Using a serrated knife, slice each baguette into 1 to 1-1/2 slices, creating a dip-filled “U” and serve with plenty of napkins. Expect to get sour cream on your nose!

Make the pork balls: In a large bowl, combine all the ingredients and mix very well. Using your hands, form the mixture into 16 equal-size balls measuring about 1-1/2 inches each. Place on a plate and set aside.

Make the curry: In a large saucepan, heat the oil over medium heat. Add the cloves, cardamom, and cinnamon and cook until sizzling and aromatic—about 1 minute. Add the garlic paste and cook, stirring for 1 minute. Add the coriander, cayenne, and turmeric and cook, stirring for about 1 minute until the bottom of the pan becomes coated with the spices and very well browned, but not burnt (this is an important flavoring step.)

Add the tomatoes and stir to deglaze the pan. Add the coconut milk and ½ cup water and bring to a simmer. Carefully add the pork balls, one at a time, and bring the mixture back to a simmer. Reduce the heat to low, cover the pan, and cook for 25 minutes. Add the salt and lemon juice; taste and add more salt and lemon juice if needed. Remove from heat and add the cilantro and mint. Serve as pork ball sandwiches on horizontally sliced baguettes.
Posted by TLC at 2:00 PM No comments: