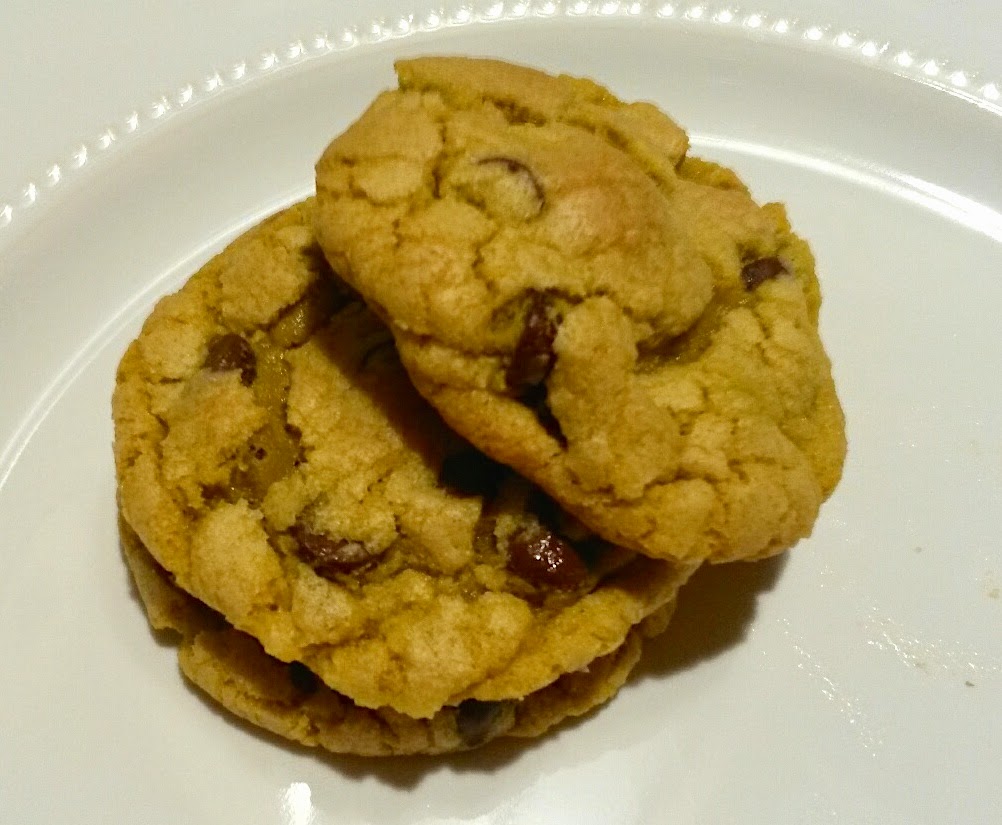 Chocolate chip cookies are one of those baked goods that are guaranteed to spark emotions. Like brewing the perfect cup of coffee, bakers like me are always in search of the perfect chocolate chip cookie. What makes a perfect cookie? Depends on who you talk to. NPR’s The Salt just ran a feature called “The Science Behind Baking Your Ideal Chocolate Chip Cookie.” (September 4, 2014) Here are some of the features that the authors deconstructed: ooey-gooey, crispy with a soft center, chewy, thick (not crispy,) and cakey. What they didn’t address was how to attain these attributes without using gluten, or for that matter, no grains at all.

These cookies are gluten free, grain-free, and gum free. How to describe them? Well, they are the closest I have come to perfection in my nine years of gluten free baking. They are definitely crispy with a soft center, and thanks in part to Equal Exchange Semi-Sweet chocolate chips, the ooey-gooey part melts in your mouth.  The small amount of coconut flour adds to the soft center and the hint of cinnamon accentuates the intensity of the chocolate experience. I don’t want to over-sell these; I just want to send you into the kitchen to try them. For me, they are an excellent illustration of “be careful what you wish for!” Being a perfectionist, though, this certainly won’t be my final recipe for chocolate chip cookies.

Directions:
1. Position an oven rack in the center of the oven and preheat to 375°F. Line a baking sheet with parchment paper.
2. In a bowl, use a hand mixer on high to cream the butter, coconut oil, and sugars until it is light and creamy. Beat in the vanilla and egg until well blended, followed by the baking soda and salt.
3. Beat in the coconut flour, buckwheat flour, and tapioca starch. The dough will become very stiff. Fold in the chocolate chips and use your hands to bring it together into a ball.
4. Roll the dough into 11/2-inch balls and space them about 2 inches apart on the baking sheet.
5. Bake the cookies for approximately 12 minutes until the bottoms and tops are lightly browned. The cookies will continue to set as they cool. Allow the cookies to cool for 5 to 7 minutes on the pan before transferring them to a cooling rack. The cookies will be soft and fragile when first removed from the oven.
Posted by TLC at 11:09 AM No comments: 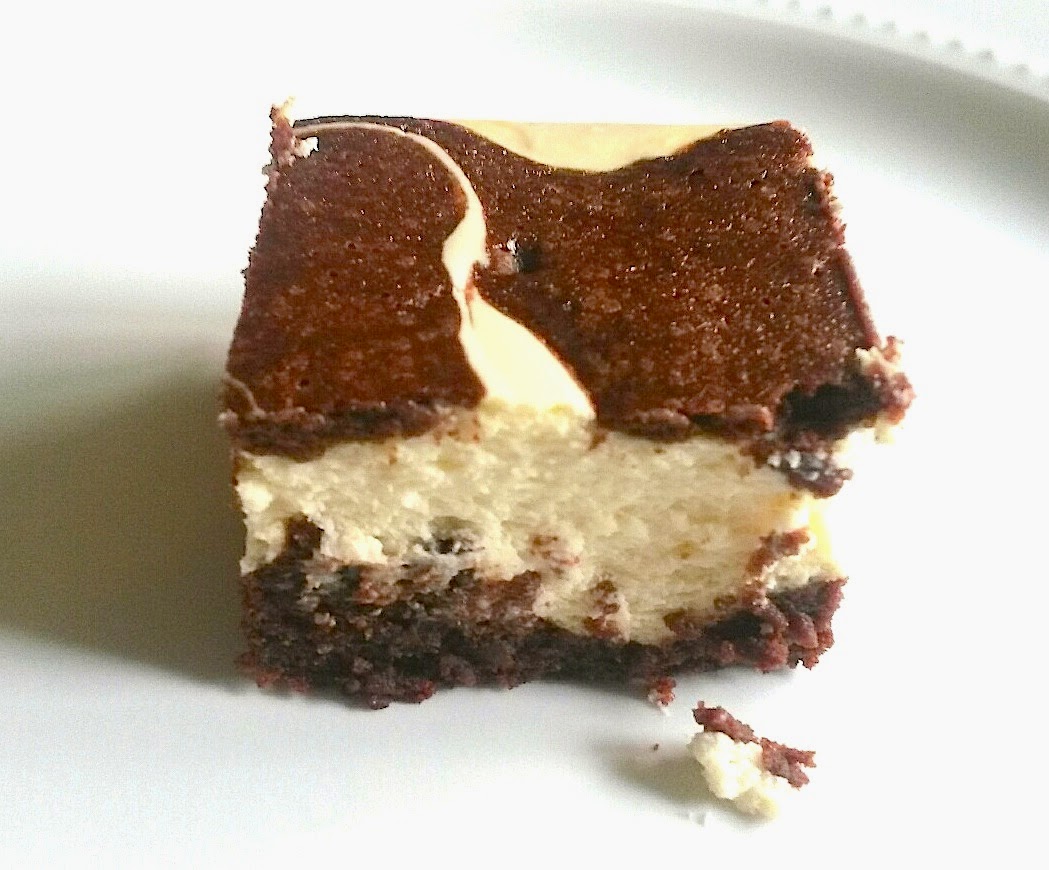 For years, I was intimidated by coconut flour. In fact, I bought a package, and it sat unopened in my pantry for over six months. Coconut flour is very fibrous, about 36% fiber, which makes it a very different ingredient than other flours. A number of home bakers have suggested that it is hard to work with and produces dry baked goods. Once I started working with it and understanding its properties, I learned to love it. I love the natural sweetness and the tenderness it imparts in bake goods. And, contrary to what others have reported, I find it makes very moist baked goods if you utilize its absorptive qualities.

Coconut flour is dried and milled coconut meat, and it is a byproduct of pressing coconut meat during coconut milk production. It is a beige flour, high in fiber, low in carbohydrates, and 14% fat. Since coconut flour is over 1/3 fiber, it absorbs three to four times the amount of liquid of low fiber flours such as rice flour and tapioca starch. To compensate for this, you must either work with lesser amounts of coconut flour or increase the liquids in a recipe accordingly. For light baked goods, it requires generally twice the amount of eggs you would normally use.

Coconut goes extremely well with cream, so I developed these cheesecake brownies with a few simple ingredients around the coconut flour. In this recipe, the only flour is ½ cup of coconut, flour although the cocoa powder also performs as a flour. Unlike most brownie recipes, this one uses oil, which acts as another source of liquid to counterbalance the absorptive qualities of the coconut flour. The only leavening agent, and also a source of liquid, is the eggs. These are good-looking, moist brownies, for which the cheesecake filling intensifies the dark chocolate notes. It should be noted that the brownies without the cheesecake layer are dairy-free.

Directions:
1. Position an oven rack in the center of the oven and preheat to 350°F. Grease the sides and bottom of a 8x8 or 9x9 baking pan (I used coconut oil.) After greasing the sides of the pan, line the pan with parchment paper, allowing a flap to extend over two sides.

2. By hand, blend the sugar, oil, cocoa, eggs, and vanilla. Then using a hand mixer, mix on high speed until the batter is thick and thoroughly blended.

4. Spoon ¾ of the batter into the baking pan. Use a spatula, to spread the brownie batter to an even thickness. Set aside.

5. Prepare the cheese cake filling: Using a clean hand mixer, whip the cream cheese, egg, and sugar until it is smooth and whipped-cream like.

7. Bake the brownies for 40 minutes or until the center springs back when pressed.

8. Allow the brownies to cool fully, lift them out by their parchment paper handles, and place on a cutting board to cut. Store in the refrigerator or freeze.
Posted by TLC at 5:52 PM No comments: