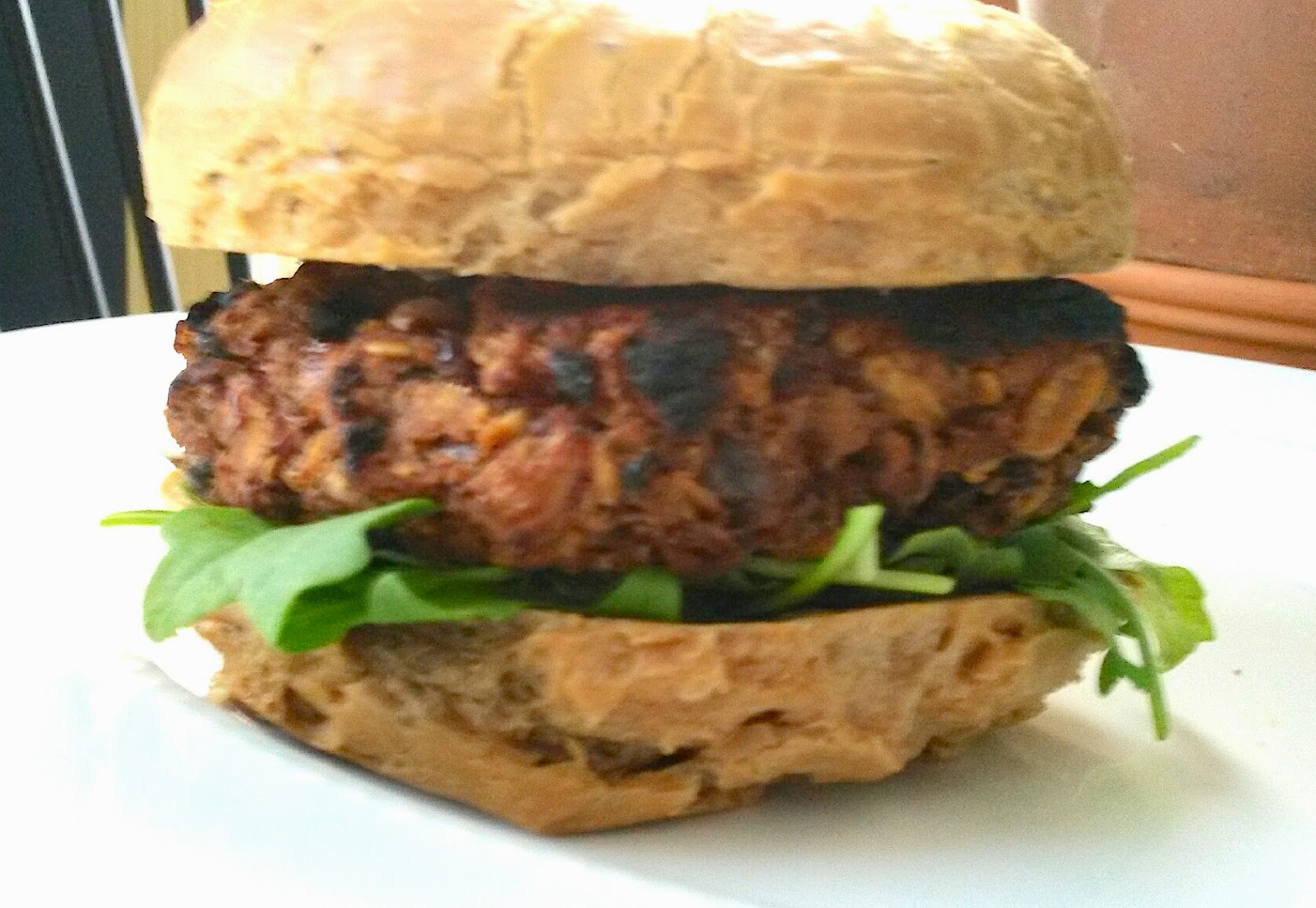 Sometimes you just want a veggie burger.  Sometimes, like here in Vermont where it has not been above freezing for two months, you’re desperate to make something on the grill. I found my recipe in mother and daughter, Alice Randall and Caroline Randall Williams’ new cookbook Soul Food Love. When I first received the book, I thought I would scan through the recipes and find something that I could adapt to gluten free. Imagine my surprise when I learned that just about everything in the book is gluten free. Out of all the recipes, only three, Pepper Coins, Moorish Pizza, and Crepe Stack use any ingredient that contains gluten. It is a simple matter to substitute gluten free bread products in the first two recipes. For the Crepe Stack, we’ve got you covered in my new cookbook Against The Grain for light buckwheat crepes. But you simply have to try assembling the crepes using the mother and daughter's recipe for a healthy mint custard based on Greek yogurt.

Back to the Red and Black Bean Burgers. I followed the recipe just as written, but when I realized I only had smoked paprika instead of regular paprika, I added that as well as two teaspoons of Liquid Smoke. When I went to form the patties, I was stunned by how well they held together and how delicious (and legit) they looked. 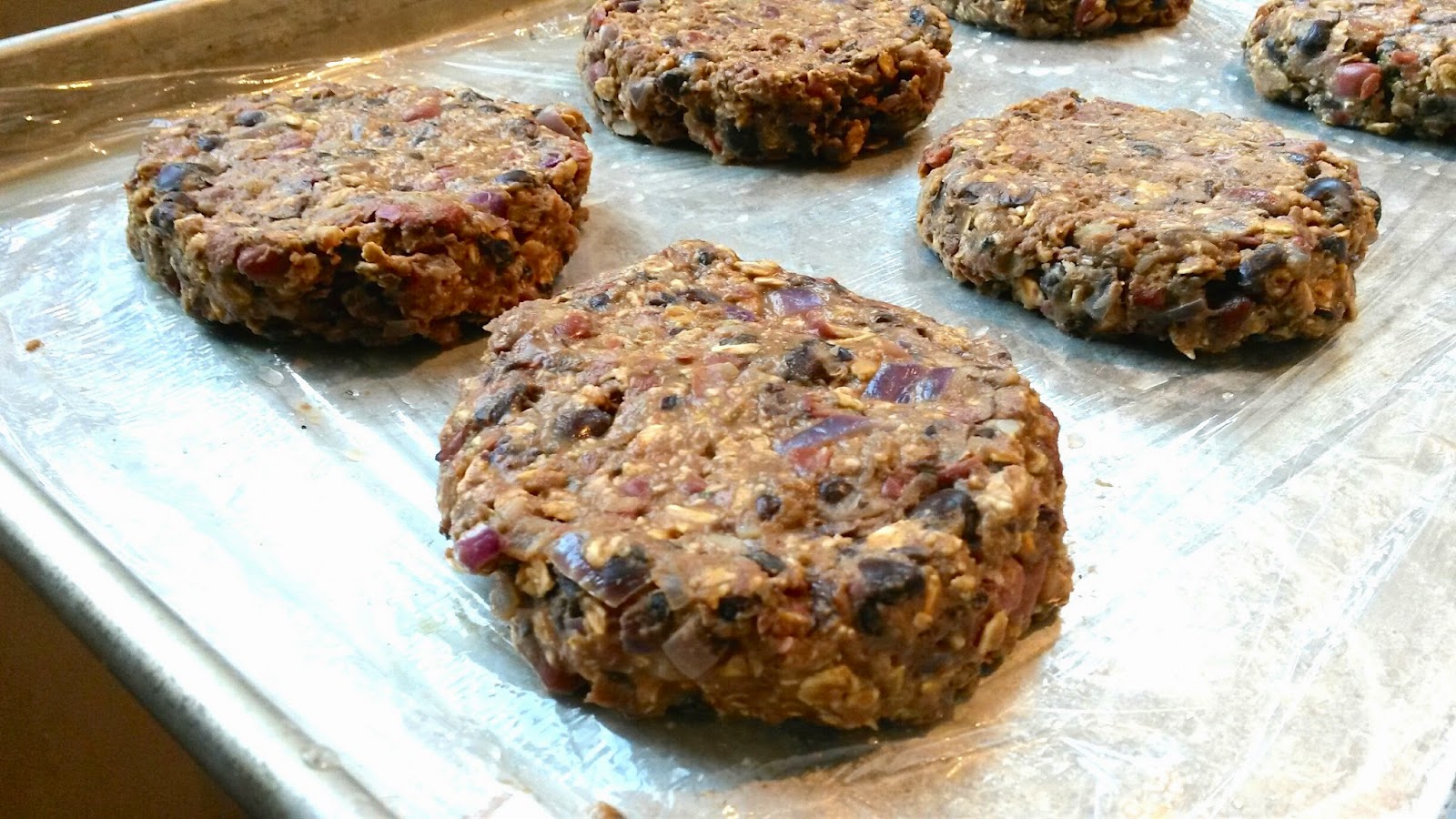 It was then that I decided to deviate from the recipe, which calls for cooking the burgers on the stovetop with two tablespoons of oil. Stepping through snow on the front porch, I fired up the grill to medium-hot (about 400 degrees Farenheit.) I lightly brushed both the grill and the sides of the burgers with olive oil, and taking a guess based upon the recipe, grilled them for 6 minutes on each side. Just look at that burger! 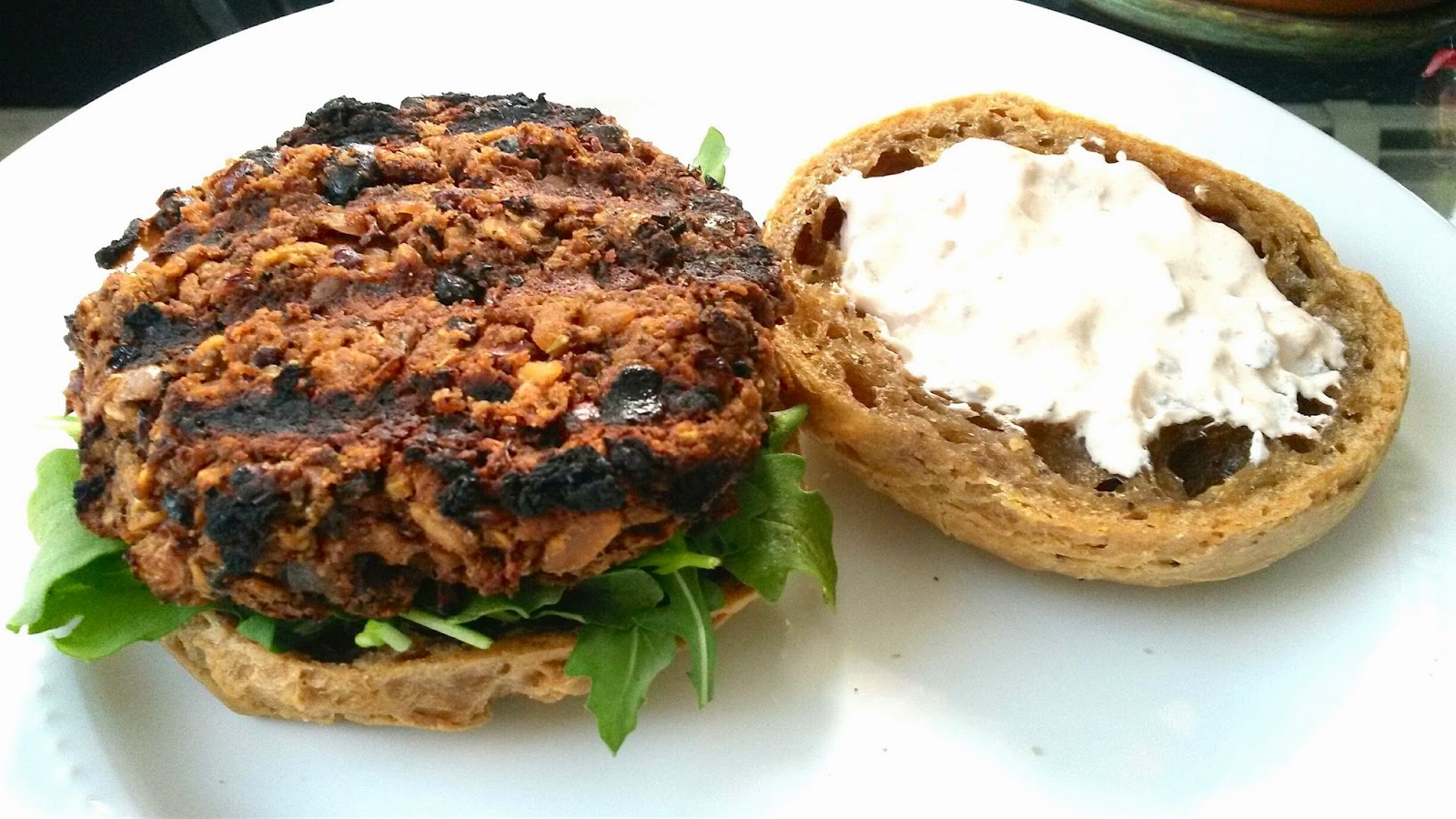 It is quite a testament to the recipe that the burgers held up beautifully for grilling. And compared to commercial veggie burgers, of which there are very few that are gluten free, there is no comparison. This was a moist, kind of southwestern-tasting burger (probably because of my additions of smoked paprika and liquid smoke, but I loved the flavor.) I served the burgers on one of our dairy-free Vermont Country Rolls on a bed of arugula and topped with a sauce I made from one part Green Mountain Gringo Salsa to one part sour cream.  In a word, outstanding! Soul Food Love is worth that recipe alone, and those burgers will be a staple in this household for meatless dinners and vegetarian dinner guests.

I received Soul Food Love through Blogging for Books for reviewing purposes.