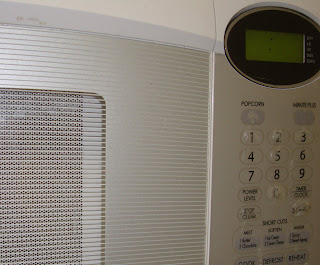 There are pregnancy books and parenting books and books on how to pick the right college, but no books that really prepare you for the moment when you pack your teenage child in a car and leave him or her off at college. Last fall, our son headed off to college, and I must admit that it was one of the most emotionally charged moments I have experienced as a parent…and I wasn’t even the one who dropped him off! Add celiac disease to the fledging drama, and it produces a whole new layer of anxiety.

Actually preparing for my celiac son in college began over a year before. We visited a half-dozen or so colleges in his decision process, and he got used to me asking about special dietary needs. Luckily, he didn’t have to make his decision based upon his dietary needs. He found a school that felt just right, applied for early decision, and was done with the college application process by December 15. When we visited the school for admitted students’ day, we asked for gluten free lunches, which to their credit they were able to provide. Then we toured the main dining hall with a staff member and noted that there was no dedicated toaster, no stash of gluten free breads on the line, and no separate condiments. Clearly, I had my work cut out for me—I needed to impart in my son the importance of advocating for himself, and I had to take the initiative in opening the dialogue for him.

About a month before he was to begin his first semester, I e-mailed the dietician listed on his school’s dining hall website and addressed my concerns after visiting the dining hall. She responded to my concerns, and informed me that her organization, Bon Appetite Management Company, was in the process of beginning a celiac training initiative company-wide. The dietician also put us in touch with the college’s executive chef. By the time my son arrived on campus, a lot had changed, including the debut of a dedicated GF toaster. At orientation, my son and I met with the executive chef and discussed how to manage my son’s dietary requirements. This had the effect of opening up a student/chef dialogue. The chef asked my son to set up a time for coffee, and they walked through and discussed all campus dining halls. The executive chef was very student-friendly and offered to have his staff make anything my son wanted and to prepare gluten free versions of meals ahead of the other meals they were making. I am happy to report that my son was not once glutened in the campus dining halls.

Despite a tremendous working relationship with the chef, gluten free dining in college for my son was not without its challenges. Getting him to advocate for himself took time. For example, my son sometimes found himself in the position of holding up the service line of hungry students and stressed out servers, so he just ate yogurt and salad instead. And meals are social times at college; the offer for made-to-order gluten free meals was great in principle, but when my son was dining with friends, they were often finished eating by the time he got his meal.

I had another conversation with the dietician after school was over for the summer, and we reviewed my son’s dining hall experience. I shared a number of my son’s observations, like “Why does barley have to be sitting in the middle of the salad bar where students can accidentally drop it into other offerings?” By the time he starts school again in several weeks, the salad bar will be organized to minimize contamination, and the staff will make an attempt to bake some extra gluten free meals, “fast food,” that can be micro-waved or minimally heated in a pinch. We couldn’t have asked for a much better gluten free college dining service.

Your work seems to be paying off. I work for Around the World Gourmet, a gluten free food company. We went to a conference last month and Bon Appetite was there actively seeking out more gluten free food offerings. Their chefs were saying that they have gotten a lot of feedback from students recently so they have a better idea of what they are looking for when they purchase supplies.

Biggest thing: You need to learn how to self-advocate politely. Be friendly to dining hall staff. Tell jokes. Always give them a smile. Thank them profusely for helping you. The students who do badly are the ones who never speak up, are unreasonably demanding, or aren't gracious. If you treat the staff like human beings, you'll get much better treatment. Hasn't failed me yet, even as I've watched other gluten-free students struggle due to the problems I listed.

Also, give suggestions! Don't say "I can't have ____, ____, and ____." Say, "Some really easy, common safe foods for me are ____, ____, and ____." And keep in mind that, while you may hate having to eat some of the same things over and over again or not always having real options (I had days where a pre-made plate was handed to me), no one else is having a fantastic experience with a ton of options, either. Don't get bitter about not being able to eat like everyone else.

Excellent comments, Ashley. You clearly have learned how to advocate for yourself, and nicely at that. I hope lots of other students read your points.

I would like to exchange links with your site againstthegraingourmet.blogspot.com
Is this possible?

What is your site?

A lot of colleges are actually really fantastic about working with those with celiac disease. I'm a senior at Gettysburg College in PA, and the dining staff also has a huge gluten free section of breads and other baked goods as well as making regular meals available. The chefs always offer to make something if there's no gluten free food in the regular lines, but they are consistently working to try to adjust their recipes to make more of the main items gluten free. :)