Journey Into The World of Gluten Eaters 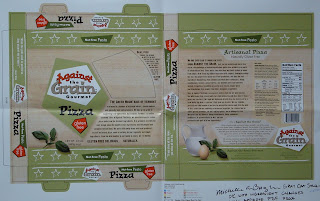 From time-to-time, I believe it is a good idea to serve gluten free fare to gluten-eaters. That is what happened last night at the Taste of Vermont reception in the Russell Senate Office Building in Washington, DC, hosted by Senator Patrick Leahy. A group of Vermont specialty food producers journeyed to the nation’s capital to sample their products, and others sent their products for inclusion in the menu. About 400-500 guests ate, drank, and were quite merry.
We weren’t the only gluten free bakery—West Meadow Farms Bakery from Essex Junction (westmeadowfarmbakery.com) sent samples of yummy granola, and other companies with gluten free fair like Cabot Cheese, Maple Grove, Dakin Farm, and Bove’s of Vermont were represented as well. At our table, we gave out samples of our two new pizza flavors: pesto and cheese. The wheat-eaters raved about both flavors, and many declared it the best pizza in the place, but people were most effusive about our new 12-inch nut-free pesto pizza. A number of tree-nut sensitive guests were thrilled to be able to eat pesto pizza as well. 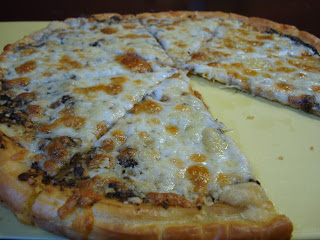 At another table, our baguettes were served as bruschetta, topped with Maple Grove Balsamic Vinaigrette (maplegrove.com, ) fresh mozzarella from Maplebrook Farm (mountainmozzarella.com) of Bennington, Vermont Hydroponic tomatoes ( http://vermonthydroponic.com/ ) and a leaf of fresh basil. Those tomatoes, folks, were the most unbelievably “real” hydroponic tomatoes I’ve ever tasted. The bruschetta were gorgeous and disappeared almost instantly; we sent 24 baguettes to the caterer! In that huge crowd, I think I talked to less than ½ dozen who were gluten free. Everyone else ate and effusively complimented our baguettes, no small feat for a gluten free bread. We’ve always prided ourselves on our bread with “the look, taste, and texture” of real bread, but it is always a good idea to do a reality-check with gluten-eaters.
Our pizza station was located right next to Rock Art Brewery beer (that’s the brewer of Vermonster beer, which caused such a flap,) but alas, it was not gluten free. But, I did discover that the Trapp Family Lodge in Stowe, which has brand new micro-brewed beer, Trapp Lager, is working on a gluten free beer. It can’t get much better than a gluten free Vermont micro-brewed beer. The folks from the Trapp Family Lodge assured me that they would keep me posted on its development. Think of it: gluten free Vermont pizza and gluten free Vermont micro-brewed beer. I assured them that Against the Grain would be willing to do some joint marketing events in the celiac community.
Posted by TLC at 3:44 PM

Hi there! Renee from Rock Art...did you make it to the Alchemist Pub in Waterbury (if so you may have mentioned on a previous post). They brew a gluten free that I have heard is really good.
Cheers!
Renee

No, haven't been there yet, but I'll put it in the plans.