The Way We Eat is Political 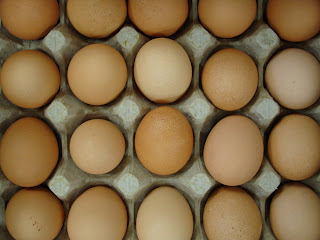 I’ve recently been reading about Alice Waters and other culinary-minded radicals of the 1970s. What were they doing that was so radical? They were cooking with quality, fresh ingredients and shunning supermarket uniformity and mass-produced, overly-processed, flavor-enhanced foods of the post-World War II era.

I see some interesting parallels in the gluten free world today. When my family members were first diagnosed with celiac disease almost ten years ago, we were pretty much on our own. Although there was a smattering of commercial gluten free baked goods, they were rarely found in traditional supermarkets--basically we baked everything from scratch. Even though that took a lot of time and effort, we developed some pretty tasty gluten free alternatives. Then we took the step that a number of other celiac families have, we became gluten free food entrepreneurs. Making delicious gluten free baked goods in our home was one thing. Retaining that home-baked look and taste while making them available to customers across the country was, and remains, a daunting challenge. There is no getting around it, working with fresh ingredients is a fickle process.

Specialty food is the fastest growing segment of the retail industry and within specialty food, gluten free items are the fastest growing. Even at the 2010 International Pizza Expo in Las Vegas last month, gluten free pizza was one of the hottest topics of discussion. More and more companies seem to be jumping on the bandwagon every day… and gluten free food is becoming far more convenient. But are we sacrificing quality and fresh ingredients in the process? Chemical dough conditioners and preservatives are even creeping into the gluten free labels of companies that were previously known for their all natural, gluten-based ingredients. Another company has even boasted that their gluten free products “represent the very best available science.” Yikes.

In the 1960’s, one voice speaking out against artificial ingredients and big food companies was Helen Evans Brown. The author of Breakfasts and Brunches for Every Occasion, she railed against toast “made from bread that looks and tastes like facial tissue.” Why do we have to fill gluten free food with the substances Twinkies are made of? Some things never seem to change.
Posted by TLC at 8:16 AM